What’s in a band name?  According to Glen Phillips (lead singer) it was “a joke that went on too long” and they had to adopt the name by default. “Toad The Wet Sprocket” originated from a Monty Python skit and the guys thought it would be a hilarious temporary name until they came up with a real one. It is memorable and it stuck.

The song this week is called “California Wasted” and was released earlier this year on their latest album.

Send me an email to get the MP3 or sign-up on the right. 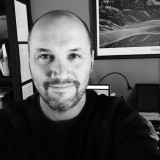